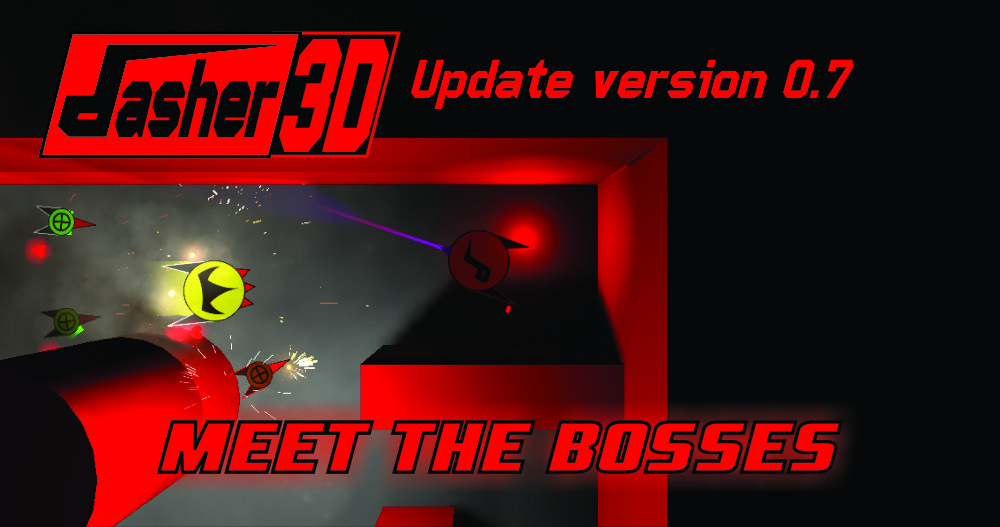 Hello everyone. Thank you for 60+ downloads! I'm really glad that people are playing the game. I'm here with the new update for Dasher 3D. The main differences are divided into 2 parts: Bosses and Bug Fixes:

As many shooter games have, I've added some differing enemies that are more powerful that the regular enemies (Hasher - the blue ones) which are illustrated on the left panel in the game and they're commonly named 'bosses':

Bomber-class boss. Have a small body size with fairly good speed and have 2 HPs. Doesn't shoot any bullets but plants mines across the map. Their movement is fast and mostly constant. The mine can be defused if the player shoot at it; but will explode and reduce 1 HP if hit or the player was in the blast-radius when it goes off automatically in 2 seconds.

Sniper-class boss. Have a small body similar to Basher, moves quickly but have 1 HP . Shoots high-speed bullets with low rate of fire. Their movement is defensive and long-range. At some points even runs away from the player for the sake of survival.

Heavy-class boss. Have a huge body and moves very slowly but have 4 HPs. Shoots 3 bullets with each fire having a medium fire-rate. Their movement is very slow, close-range and harsh. If you see more than 1 of these in your scene, you better kiss your game session a goodbye... 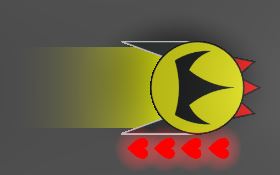 • Fixed enemies' friendly-fire: Enemies can't kill each other now; even their scores were being added to the player's :)) but now you're on your own.

• Optimization: Lightened up the game for low-spec PCs. Changed the bullets mechanisms which smooths the game a bit (however, you can't "boost" anymore).  Also a little lighting overdoes fixed and added shadows to the player and robots.

• AI fix: Robots now actually aim at you. Also fixed some robots becoming jerky at some points. Kind of fixed that too, report any jerking if you see one.

• Fixed some terrible bugs that I don't even want to talk about it (shame on me >.<).

Sorry I postponed the instructions level for the next update. I don't think anyone would go crazy learning the game by themselves anyway. Also there might be a squad mode where you get to team up with some bosses to help you as a teammate! Be sure to follow and comment on anything that you think about this update here. Thanks again for all the support!

Top down shooter with time freezing.

Masher is kind of OP and spawns too quick but game is now much better in terms of performance and game play . I like this update

Indeed, he's our hardest boss and his spawn rate is 0.2/1... I guess I'll lower that in the next update.